The store will not work correctly in the case when cookies are disabled.
Skip to Content
Toggle Nav
Search
My Cart
Menu
Account
Special Offers
Clearance
020 7557 7557

When Benvenuto Acerbis opened his carpenter's workshop in Albino, Bergamo, in 1870 the sign read "Benvenuto Acerbis Upholsterer, Joiner and Carpenter. Electric Motor Furniture Factory. Complete Systems" which hinted at one of the cornerstones of the Acerbis philosophy: the relationship between technology, craftsmanship and a profound knowledge of materials. In 1942, Marino Acerbis, Benvenuto's son, continued in his father's footsteps and gave traditional carpentry a new impetus by introducing synthetic paint and red lacquer. It was in 1963 however, when Lodovico Acerbis took over, that the company really took off and his work creating designer furniture in the second half of the 20th Century led to a swathe of awards - not least for the Sheraton, designed by Lodovico along with Giotto Stoppino. 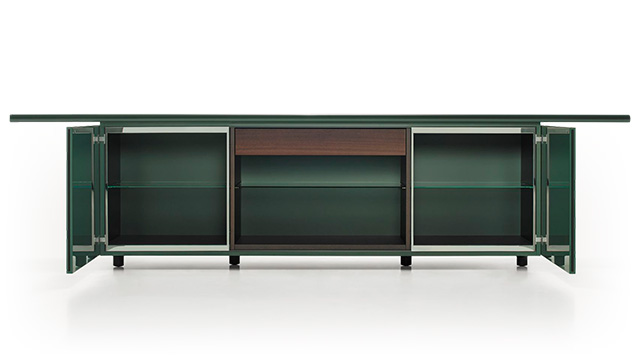 The Sheraton is an icon of aesthetics and functionality that combines a sliding hinged mechanism for its wide, pivoting doors. The success of the Sheraton sideboard merited its inclusion in the Permanent Design Collection of the London Victoria and Albert Museum, having won the ADI Compasso d'Oro award in 1979. Remastered in 2021 for even smoother operation and updated with seven new glossy lacquer colours and internal drawer in black Eucalyptus, the Sheraton is a spectacular statement piece. 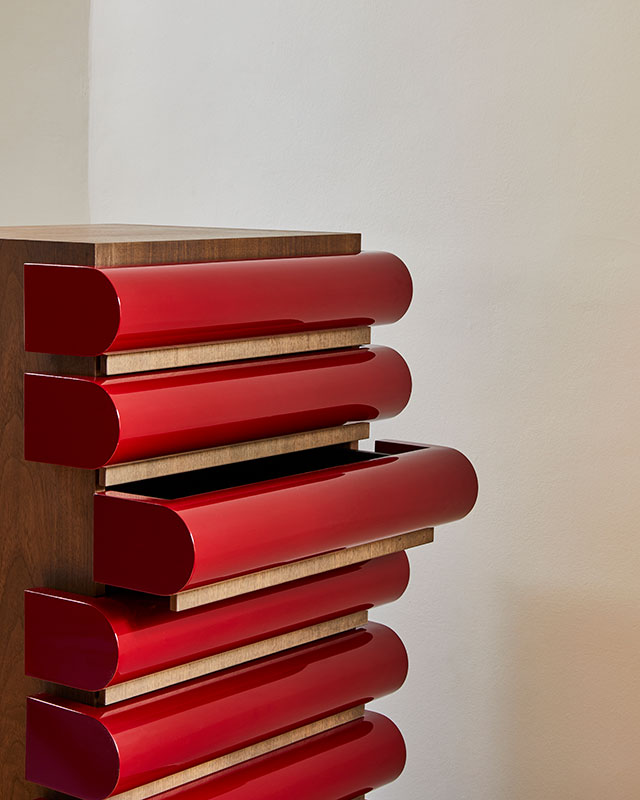 In the year that MDF Italia completed its acquisition of the company, Acerbis continued to win awards with Storet winning Interior Design 'Best of Year 2020' for residential storage. Exemplifying the pioneering vision of Milan's late, great Nanda Vigo, Storet is a spirited, playful pillar of drawers, reissued and updated in 2020 with vibrantly lacquered walnut and brand new proportions. In both its elongated vertical edition and in the lower nightstand – designed by Vigo, but manufactured for the first time this year – the Storet chest of drawers reflects both state-of-the-art advances in production, as well as Acerbis' extensive wood surfacing expertise, shown here in sumptuous, visible wood graining and lustrous lacquer. 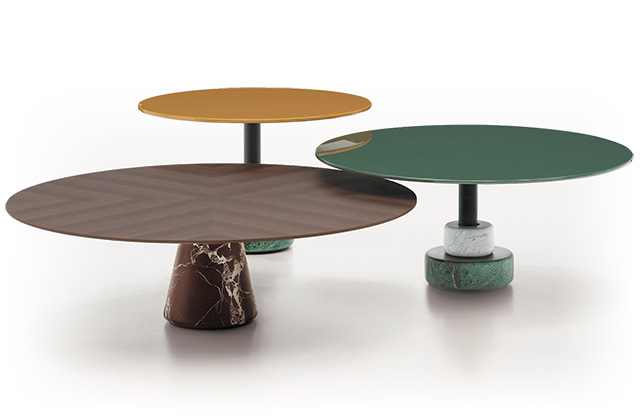 Also remastered is Lodovico and Stoppino's 1983 design, the Menhir low table. With a Greek-like classicism, the central column connects the monolithic marble base to a slim tabletop newly rendered in lacquered wood, black ash or natural walnut, creating a striking exchange between colors and elements. Available in a variety of marble combinations and heights, Menhir celebrates the vibrant juxtaposition of colours and textures.

All these designs are currently on display in store on Drury Lane and the entire Acerbis collection is available to order.