The store will not work correctly in the case when cookies are disabled.
Skip to Content
Toggle Nav
My Cart
Search
Menu
Account
Free Delivery over £1,000
Clearance
020 7557 7557 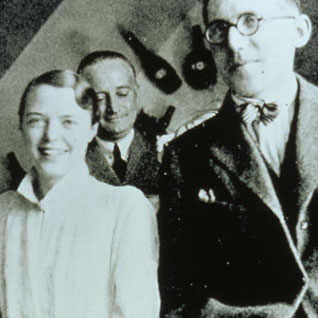 Charlotte Perriand is best known for her extensive work with Le Corbusier. With Pierre Jeanneret, they designed a successful group of armchairs and a chaise longue, later reissued by Cassina as the LC series. The chairs were produced in chrome plated or matte enamel tubular steel frames with a variety of upholstery choices including ponyskin and cowhide. Perriand, born in Paris, was trained at l'École de l'Union Centrale des Arts Décoratifs. A trip to Japan, planned for six months in 1940, evolved into a stay that lasted throughout the war. She was the acting adviser on arts and crafts to the Japanese ministry of commerce and she became a sort of design ambassador to both countries. Back in France, her work reflected the materials and aesthetics she had worked with in Japan.

Architect and furniture designer Pierre Jeanneret was born in Switzerland in 1896. For most of his life he worked alongside of, and often in the shadow of, his cousin Le Corbusier.